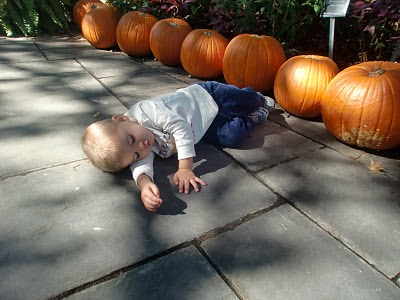 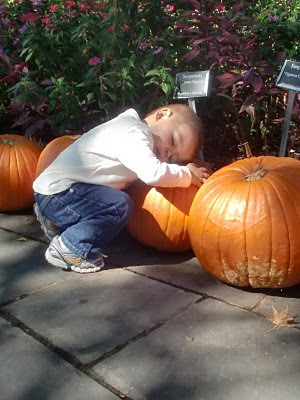 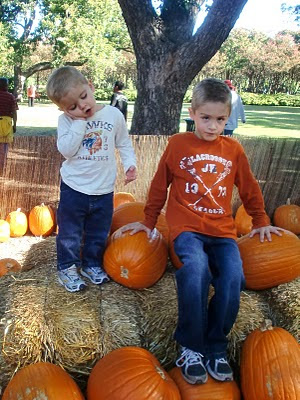 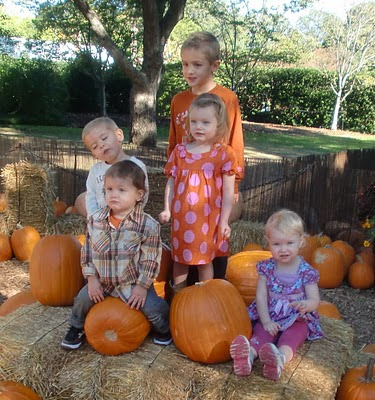 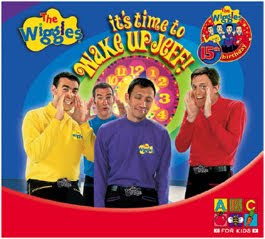 I have been really negligent lately in mentioning a really big part of our lives. Jeff Fatt. Oh, you don't know that name? How lucky for you. Jeff is the purple Wiggle of the world wide phenomenon known as the Wiggles. I would give my eye teeth to go back to the days of blissful ignorance. The Wiggles have invaded our lives, it is the only show Hudson ever asks to watch and it is supremely annoying. It is so cheesy and cheerful, I can hardly stand it. But he is obsessed and there is apparently no end in sight for the love affair with the Wiggles so we have been forced to embrace it.
All the Wiggles have their own gimmick. Anthony eats all the time, Murry plays the guitar, the yellow one does something and Jeff, our favorite, always sleeps. See what I mean? Thrilling. That is his shtick, he has narcolepsy. One minute he is singing and dancing with Dorothy the Dinosaur and the next he is out like a light, complete with really loud snoring. Then the other Wiggles have to come over, quietly count to three and yell, "Wake up Jeff!" This is hands down the funniest thing Hudson has ever seen. It is such powerful humor that it is as funny today (the 1346th view) as it was the first time. So, as my children are so naturally apt to do, Hudson has decided to ever so slowly morph into Jeff. It was a gradual thing that kind of snuck up on me, but here we are today with a kid that spends half the day fake snoring, eyes closed, standing straight up. It. Is. Adorable. And. Weird.
It has really become a thing for Hudson. Take our trip to the Dallas Arboretum for cousin pictures in the pumpkin patch. "Jeff" was everywhere. Can you imagine how hard it is to get six kids under the age of five to all look at the camera. Impossible, especially if one of them is asleep and snoring. Guess what else gets kind of old? Having to count to three and say wake up Jeff! If you don't do it correctly, he is likely to lapse right back into a slumber and you have to start all over again. We walked all over that arboretum and it was very crowded with parents and kids searching for that perfect fall picture. The crowds meant "Jeff" got a lot of attention for his antics. Especially when he decided to lie down to sleep in random spots. I wished I'd had a sign that said, "No, he hasn't fallen, he is just fake sleeping. He's fine....just weird." It would have saved me a lot of talking.
So for those of you counting at home, the imaginary people/alter ego count is now up to three in the Hill household. Kenny, Stuart and Jeff, the purple Wiggle. There are almost as many fake people as there are real people in our house and none of them seem to have any inclination to move on, despite their average age being around 37. Matt says we are a little like the Hotel California, you can check out any time you like, but you can never leave. I think he means the two us.
Posted by Unknown at 7:35 AM