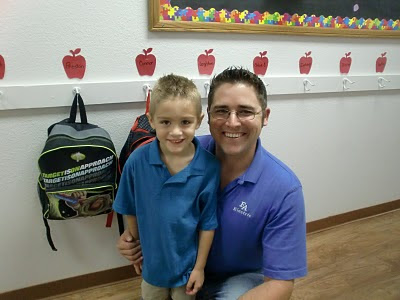 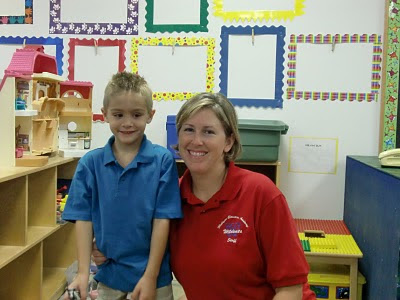 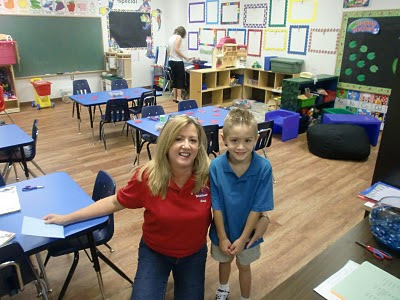 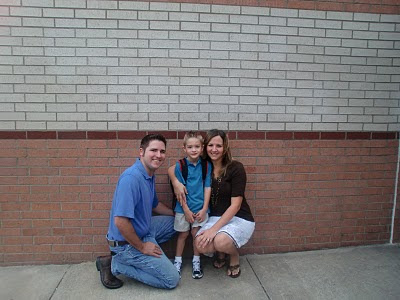 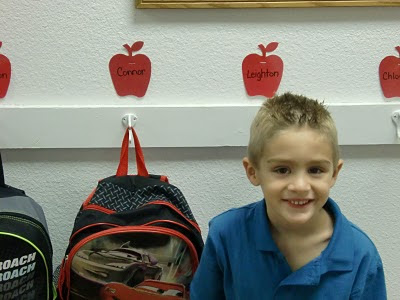 I have decided to make Connor's first foray into the world of higher education two seperate blog posts for several reasons. First, it is a lot of story to tell all at once. Second, in retrospect, my emotions run the gamet from one extreme to another in such a scary way that it seems less insane when I break the story into two parts.

Last week was meet the Teacher night at Connor's pre-k. This was a night that we had been obsessing over weeks (dare I say months?) and this was my first experience in a classroom from the other side of the fence. This is real school people, with certified teachers and curriculum and a whole bunch of other stuff that I am intimidated by and we didn't want to blow it. I, having spent 6 years in elementary education, compiled a list of things parents do at these particular functions that I find supremely annoying and made a solemn vow that I will never commit any of these trangsressions to either one of my son's teachers. So, naturally, since I made it a solemn vow and all, I then proceeded to lose control of most of my mental faculties and became the parent I loathe the most. I could not control it, I tried. I really did. I completely bogarted his teacher's attention, asking questions that I knew in my heart would be answered in the welcome letter (they were) and became a woman obsessed with forcing her child to complete the entirely optional "welcome to our classroom" scavenger hunt. It wasn't pretty. Guess who's child had no interest in counting the blue chairs in the room or finding and taking a drink from the water fountain. No, my kid was ankle deep in the "imaginative play" center introducing Kenny to the "most incredible blocks" he had ever seen. So I did what I felt was necessary. I sent Matt to complete the scavenger hunt (what if really wasn't optional) and then wandered over through the sea of tiny people and their parents to observe my son at play with a soon to be classmate.

Connor and his new friend were playing nicely with the doll house (of course) and chatting occasionally about what furniture to put where and then the little boy said something about his little brother. Connor really perked up at that and I heard him say, "Do you know Joseph?" The boy shook his head no and so of course Connor went on, " Oh this boy named Joseph had a beautiful sparkle coat and his brothers were mad so they threw him in a hole." I was now about two steps away from intervening in what had to be in some record book as the most awkward first conversation of all time, but I decided to resist the urge to hover and let him go for it. The boy still hadn't said anything so Connor finished up his little story by letting him know that, " the mean brothers wanted to kill him. Dead. But Joseph lived and then he forgived them. I have a little brother and I wouldn't kill him even if he had a sparkle coat. I hope I get one for Christmas."

Well there you go. We didn't waste anytime did we. I told Matt later that as I was talking to his teachers and using a whole bunch of professional, teacher-y terms my whole heart was just screaming, "Love him! Love him! Love him! Please see how wonderful he is! Love him!" But of course, I would have undeniably outed myself as a lunatic if I had voiced that, so I just said more parent-y things and then we took our little evangalist home. It is so hard watching your kids put themselves out there in the world, the urge to protect them is overwhelming. But as my always wise husband put it, the only one that was trying hard to make anyone like us was me. Connor is never anything but himself and there is no one more excited about that than his weepy, insecure, overprotectice mother.
Posted by Unknown at 8:18 PM 0 comments 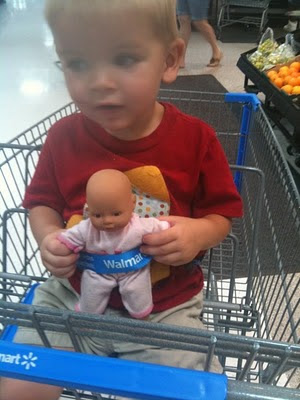 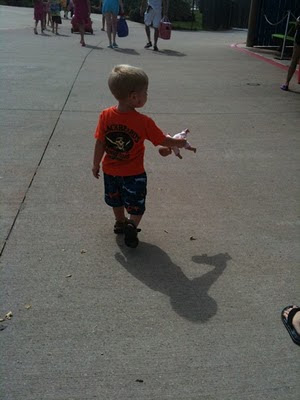 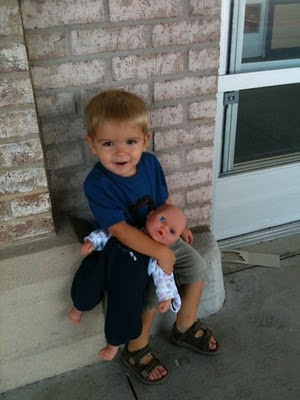 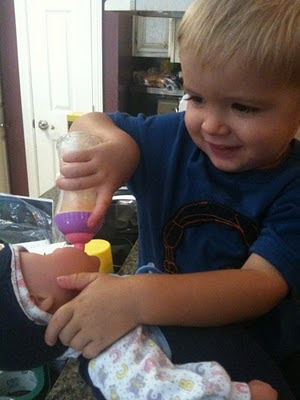 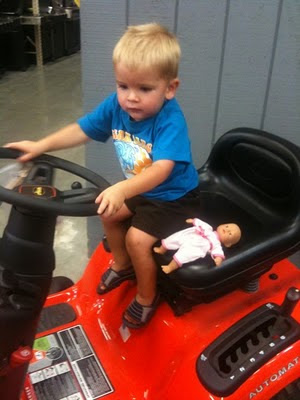 What is The Lord's Wii Fit Age?

Yesterday morning was our first "real" day back at work and that meant that it was the boy's first day back at Ms. Karen's. Everyone was really excited but of course being the first morning in 10 weeks that we had to get somewhere dressed and on time we ran into some chaos. It definitely wasn't the one morning I would pick to have one of the most important conversations of my life as a mother thus far, but if I have learned nothing else in my almost five years of motherhood it is that God's timing is not my own and so the short trip from our house to the babysitter was when Connor wanted to talk about some things that had been on his mind.

We always drive over the lake on our way to school and it never fails that Connor comments on how beautiful it looks. And it absolutely is. Yesterday, seeing the sun come up over the water for some reason made him want to ask me about heaven and what I thought of it. This wasn't a new conversation and so we chatted for a minute about the usual things, what we think heaven looks like and how wonderful it will be to get there. But this time he told me that he didn't want to go to heaven after he got really old and died. That was new and so, of course, I asked him why he didn't want to go to heaven. He told me that he was scared. This kind of threw me because he has never mentioned this before, so I asked him if it was dying that he was scared of because I wanted to reassure him that as a four year old he doesn't need to be worried about dying. This is what he told me, "No, Mom. I am not scared to die but I am afraid to go to heaven to live with God and Jesus because I've never seen them and so I won't know them. I am scared of people I don't know and what if they don't know me?"

So at this point, I am driving down the road crying like an idiot because I could tell he had put a lot of thought into this and was really worried. He thought that he would feel scared because he wouldn't recognize God and he thought God wouldn't recognize him. So here we are at a red light with Hudson singing a wiggles song in one carseat and my old soul four year old in another waiting on his mom to clear up the issue of heaven for him. His mother who was now calmly and collectively weeping silently. I just felt in my heart that it was one of those moments as a mom that you absolutely don't want to screw up. So this is what I told him. I told him that God has known him since before he was even born and that he made him so he knew everything about him from the top of his head to the ends of his ridiculously long legs. That when he got to heaven it wouldn't matter if he had never seen God before, God knows knows his face and his heart and he could never be a stranger. I told him God even knows exactly how many hairs are on top of his head, something that even his mommy doesn't know.

He was quiet for a minute (as I circled Ms. Karen's neighborhood) and then finally said, "So he knows everything? Even everything about me?" Yep. Then he said, "Good, I have a bunch of stuff to ask him when I see him." So friends, family, random blog readers what would my son ask God when he got to heaven?

There you go, we aren't scared anymore. We just want to play Wii with Jesus.
Posted by Unknown at 8:17 PM 1 comments