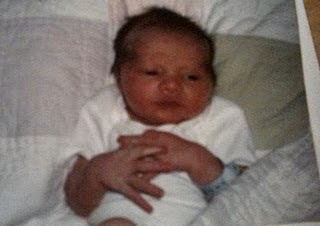 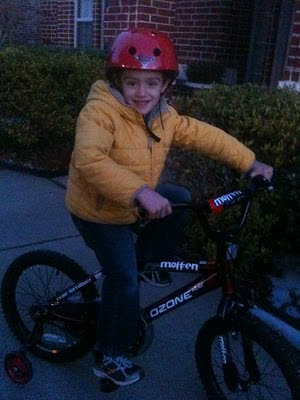 Yesterday was my little boy's fifth birthday. I cannot believe he is already five. Whenever I think of Connor and the number five I immediately remember that he weighed exactly five pounds the day we brought him home from the hospital, which also felt like it just occurred yesterday.
I think this kid is magic. I really and truly do. I have heard that it is considered uncool in some circles to be so openly infatuated with your kids. Luckily I don't run in those particular circles, because I am unashamedly in love with both of my children. I am obsessed with raising them to be godly men and singularly focused on helping them be compassionate, funny, creative and kind and if that makes me seem like a boring or one dimensional adult, I'm okay with that. It's a good thing I am married to a man that shares this focus. Like I said, we just think he is magic. He is smart, hilarious and has the soul of a 64 year old man. He worries about turning off the electricity so there will be "enough power around when Mushy needs to go to kindergarten." He is the best big brother that has ever walked the face of this planet and we could not be prouder.
The big number 5 was Connor's first "school birthday" and he has been eagerly awaiting it like it was the second coming of Christmas. He couldn't wait to get to school yesterday to bask in all the birthday glory with his classmates. I told him that I would make whatever kind of cupcakes he wanted to share with his class. After thinking about it for a minute he started listing off his classmates and what kind of cake flavor each one of them liked. Jackson liked chocolate, Chloe likes strawberry, Jilian likes white, and so on. After a bit, I interrupted and said, "Okay, but it is your birthday. What kind of cupcakes do YOU want?" He replied, "Mommy, I want all my friends to have their favorite cupcakes on my birthday so they will feel as happy as me." Oh. That is really sweet and selfless and so unlike his mother. As my baking skills are limited and I wouldn't even know where to begin in the process of creating 16 cupcakes, all in individual flavors, we compromised and made chocolate for boys and strawberry for girls. He was delighted. He had the best day, even if he was feeling a little under the weather. We invited his whole class to his upcoming birthday party. The day he passed out invitations was the highlight of his life (at least until cupcake day). He told me he felt so excited and happy delivering those envelopes to everyone's mailboxes. I told him though, that people are really busy and he shouldn't be disappointed if they all couldn't make it to the actual party. I really didn't think we would have much response since A. I don't know any of the other kids parents and we never see them outside of school and B. I have not taken my son to a single class birthday party all school year (don't judge me! We are never going to see those kids again after June 1st!). Okay, typing that out made me feel kind of bad. But anyway, based on that evidence I didn't expect the RSVPS to roll in. But roll they did.
Apparently despite his father's social awkwardness and the fact that in elementary school his mother's best friends were literally books, our son has managed to become good friends with his entire class. What I loved was the fact that every mom who emailed or called me to tell me they were coming had something nice to say about Connor. And not fake nice, really nice. (I can tell because I am fake nice about 79% of each day.) They shared stories they had heard from their kids or things they had witnessed up at school and it just wowed me to hear that unexpected praise from strangers about our little guy. I loved it. Then I really felt bad about skipping all those parties :)
If you have ever even glanced at this blog before you will know that Matt and I have just about no idea what we are doing when it comes to parenting. We try super hard and we stumble constantly but when I look at my now, oh so grown up five year old I have to feel eternally grateful that he is brilliant, sweet and kind despite the novice parental stylings of his mom and dad.
Finally a note about Kenny. I kind of had this tiny thought (dare I say dream) that Connor would wake up on the morning of February 7th and decide that now as a five year old it was time to let Kenny move on to another family. After all he is in his mid to late 30's and has just about worked his way up to a semi-management position at the donut shop. He has a lot of life to lead and I think we are holding him back. I will never voluntarily bring up my invisible child Kenny to Connor, just in case he one day wants to forget about him. But no. This morning, on his first full day as a five year old Connor told me that Kenny had given him a birthday present. Warily I asked what gift his invisible friend had bestowed up him. His response? "Love, Mom. Kenny gave me love for my birthday."
Oh crap. He is going to be with us forever.
Posted by Unknown at 9:58 PM